Kayleigh felt sick just thinking about Chad. None of it was what she wanted, and she was so off her face, there is no way anything she did constituted consent. Yes, she took off her underwear and, yes, she let Chad drive her home, but she was incapacitated by too much alcohol. The person initiating the sexual act should always seek an enthusiastic ‘yes’. In the same way that neither of them should have been driving a car, neither of them were in the right state of mind to engage in consensual sex.

Kayleigh fell into a click hole, looking for a definitive answer of what consent actually means, and ended up on the FPA (formerly the Family Planning Association) website, where they’d created a consent test. [1]

Kayleigh thought over her recent experiences, wondering if they’d pass the test: 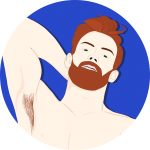 Kayleigh and Johnno enjoyed their time together because they communicated clearly to each other about what they wanted, and how they felt comfortable being treated.

Kayleigh communicated with Joon well enough for there to be rough aspects to their sex, and to trust she could sleep with him unprotected. The broken trust was a separate issue; the sex itself passed the consent test. 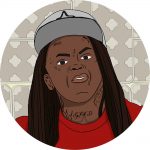 Den is where things get problematic. Kayleigh wasn’t up for taking things so far. But when he ignored her hesitance, she felt mortified and compelled to continue. Afterwards, he got her to document it for posterity, to perpetuate the stereotypes seen in ‘mainstream gangster rap’. None of it was OK. 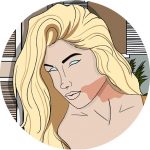 With Valentina, boundaries were tested but not fully crossed, Kayleigh didn’t ask for verbal consent the first time she touched Valentina. In the end, though, consent was sought and willingly given. 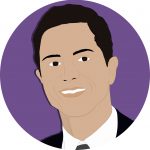 All good with Joe. He asked at every stage and Kayleigh enthusiastically complied. 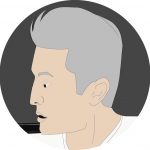 The date with James passed with almost flying colours. Although he didn’t explicitly ask to kiss her, James followed non-verbal cues, and later checked in, asking Kayleigh if she wanted to play along. Though they’d had a few drinks, Kayleigh wasn’t drunk, and remembers every detail, vividly.

Her dates show Kayleigh is a confident, sexually liberated woman unafraid to ask for what she wants, but even she found herself in situations where she wasn’t given the opportunity to say ‘no’ to what she didn’t.

Although the definition of enthusiastic consent may now be clear – sex isn’t a logical, clinical situation with binary choices. Emotions mixed with a bucket load of psychology, combine in ways that override logic, to dictate how far we own the narrative about our sexuality.

It’s a depressingly familiar scenario for many women, who compromise when they find themselves in situations where they feel it’d be best to just ‘get it over with’. [2]

As a black, pansexual woman, Kayleigh exists at an intersection of narratives that affect her sense of agency around her sexuality. She’s been able to overcome stigma and shame to explore who and what she enjoys – but she doesn’t exist in a vacuum. Den explicitly told her he saw her as a girl in a music video; Chad felt Kayleigh’s hyper-sexual behaviour (taking off her pants, for example) gave him license to do what he wished. Both situations highlight the ways in which women, and particularly black women, are told their body is not their own, but rather a commodity in service of others.[3, 4, 5]

The idea of enthusiastic consent is the first step in reclaiming that narrative. Checking in with a partner to get a willing, freely given ‘yes’ to every part of the sexual encounter, only when people are able to make that decision (i.e. not intoxicated to the point of incapacitation), recasts sexuality as something both partners should celebrate and share as and when they wish.

It’s not Kayleigh’s responsibility to re-educate anyone who views her as a sexual object.[6] What she can do is consciously reclaim her sexuality as a black woman. Resources to do so are scarce, but they exist – and as with enthusiastic consent – will hopefully become something that more women feel entitled to participate in.

Editor’s note:
Thank you to everyone who spoke up in the planning and research phase of this piece. Stay strong sisters.
And special thanks to Leah and also Katie Carlson, international gender specialist, for their stellar guidance.

We hope you enjoyed reading. It takes a substantial amount of resources to produce our content, so do feel free to make a contribution to help with our running costs. Every donation, however big or small, is so valued, so thanks in advance!

Find out more or adjust your settings.

This website uses cookies so that we can provide you with the best user experience possible. Cookie information is stored in your browser and performs functions such as recognising you when you return to our website and helping our team to understand which sections of the website you find most interesting and useful.

Strictly Necessary Cookie should be enabled at all times so that we can save your preferences for cookie settings.

If you disable this cookie, we will not be able to save your preferences. This means that every time you visit this website you will need to enable or disable cookies again.